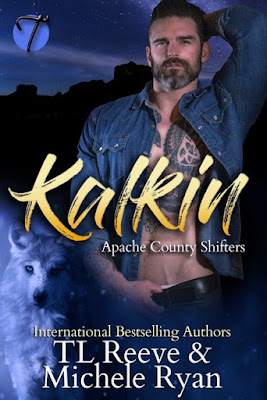 Kalkin Raferty stood sentinel on his front porch, the mug of coffee in his hand long forgotten. Across the creek from him, a moving truck pulled into the driveway of an old two-story farmhouse. As sheriff of Apache County, he knew the comings and goings of all the small communities around the area. However, the house across the creek being for sale, or the fact that two cute little blondes were in the truck, had been news to him. As the Alpha of the small but active wolf pack that made their home in the town of Window Rock, Arizona, it was his job to protect the pack and the people in his community.
The town, for him, held nothing spectacular about it. It happened to be a disgustingly sweet place sometimes, especially when the older women of the pack got together to do bake sales and craft fairs. During the winter, the town usually shut down, and it could get lonely, quickly.
As the doors of the truck opened, footsteps echoed behind him. The broad palm of his twin’s hand gripped his shoulder before Caden came into view. “New neighbors?”
“Suppose so.” He grunted as a petite blonde stepped down out of the cab and walked to the back.
“I didn’t know we were getting new pack mates.” Caden crossed his arms. “Maybe it was an oversight on their part.”
“Yeah, could be.”
When the small blonde turned her face up to the moonlight, he noticed, even in the darkness, the bruise still hued in purples and blues marring her right cheek. Subtract the bruise and she was pretty. Elf-like, and curvy, she was quite honestly perfect for him. Her screen-printed T-shirt molded to her round breasts and hugged her midsection, causing his mouth to water and his dick to harden exponentially. She wore a pair of cut-off jeans that framed her ass just right, making him want to reach out and palm her silky flesh. Though only catching her profile, he could see she had bow-shaped lips and a button nose, framed by ringlets of wheat-colored blonde hair. A small growl of need passed his lips, and his brother laughed.


You can pre-order your copy HERE

Also, releasing soon is a short-story companion. Twins is a free read and should be available within a couple of weeks of Kalkin releasing. Michele and I think you're going to love it.
By TL Reeve at June 11, 2018 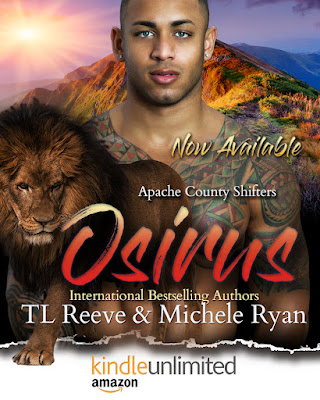